The wait is finally over! FIFA 2022, the much-anticipated tournament, has begun. The event started in Qatar from November 20 to December 18, 2022. This is the first time the World Cup has been held in the Arab world. Chris Mepham, a center-back for Premier League club AFC Bournemouth and the Wales national team is all set to play today’s Wales VS. Iram match in FIFA 2022 as a defender. Wales and Iran will compete in Group B of the Qatar 2022 FIFA World Cup on November 25 at the Ahmad Bin Ali Stadium. There is much more to know about Chris Mepham girlfriend, net worth, salary, earnings, and family. Stay tuned with us.

This Article Contents hide
1 Who is Chris Mepham girlfriend Jodie Francis? Age, Parents, Education, Ethnicity, Instagram
2 When did Mepham and Francis start dating? Engaged and planning for their wedding
3 What is Chris Mepham net worth & salary? current Contract
4 When did he start his professional career and reach FIFA?

Bournemouth and Wales defender Chris Mepham is now engaged. He is engaged to their long-term girlfriend Jodie Francis. Chris Mepham fiance Jodie Francis is a professional model and is currently busy with her modeling career.  Despite her celebrity as the wife of a well-known footballer, she has kept her personal life private. Jodie is associated with the MOT and Gingersnap Models. Her Instagram handle is jodiefranciss and she has 3,067 followers. She often shares her stunning photos and with her boyfriend. Chris Mepham girlfriend Jodie has often seen cheering on her man with all her might several times during the football game.

When did Mepham and Francis start dating? Engaged and planning for their wedding

The couple has been together for more than nine years. The couple got engaged on 12th May 2022. On MAY 16., 2022, he shared a series of pictures on Instagram from his proposal with the words ‘marry me’ spelled out in lights behind them. During the proposal, Chris created a romantic scene by keening down with a diamond ring.

She said YES!!!💍❤️ cannot begin to explain how grateful I am to have you in my life,I can’t wait to one day marry you and spend the rest of my life with you 🥰 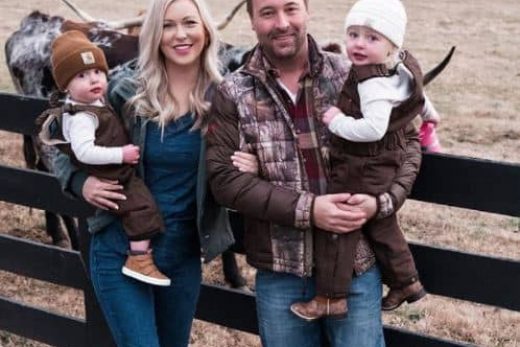