Stephanie Beatriz Bischoff Alvizuri is an actress and model from the United States. She is best recognized for her roles in the NBC comedy series Brooklyn Nine-Nine and the independent drama Short Term 12 as Detective Rosa Diaz (2013). With a snapshot of the newborn in a car seat, the 40-year-old star of “Brooklyn Nine-Nine” announced on Instagram Sunday that she had given birth to her first child. What was the date of Stephanie Beatriz wedding? Who is her husband? Scroll down to get all the fascinating information regarding Stephanie Beatriz wedding, husband, pregnancy, baby, and many more:

What was the date of Stephanie Beatriz wedding?

According to Us Weekly, Stephanie Beatriz and Brad Hoss got engaged in 2017 during the first party they organized together. Hoss approached Beatriz and proposed to her with a custom-made rose-gold morganite ring. Hoss and Stephanie Beatriz wedding took place on October 6, 2018. According to The Knot, Beatriz and Hoss married in 2018 and chose Los Angeles as their wedding theme. The actress told the magazine, “There are so many great aspects about Los Angeles that we wanted to recognize.” And it’s evident that they have a lot more to be thankful for these days.

The show proved to be important not just for her, but for their relationship. “All of my friends on that show have just taught me so much about myself, the experience of being on that show has taught me so much about myself as a human being. And it really has helped mold me into the person that I am and the partner that I think I can be for Brad.”

Beatriz, who is openly bisexual, also stated that her marriage to Brad Hoss does not make her a heterosexual “any queerer… Around Brad, I was able to be my truest, most real self. He’s very open and compassionate.”Hoss was born in Mentor, Ohio in 1982 as Bradley Boehlefeld. He pursued acting for a while, nabbing parts as Hipster Guy in 2010’s “See You on the Other Side” and Bar Dude 1 in 2011’s “Hyenas,” per IMDb.

These days, he has a job as a marketing director, per People. Hoss seems to prefer to let his wife take center stage, and has been pretty shy about giving interviews in the press. However, he’s pretty active on Instagram, where he warns “there will be food pics.” Aside from the food pics, Hoss is a fan of showing off Beatriz and his travels, including a long trip they took to Japan together.

When did they break the news about her pregnancy?

In June 2021, they announced her expecting their first child. The “Brooklyn Nine-Nine” star, 40, revealed the happy news on Instagram, sharing a photo of her cradling her baby bump while leaning against Hoss. The happy couple gushed about becoming first-time parents with People, with Beatriz revealing what values she intends to instill in her child.

Her friends and followers quickly took to the comments section to congratulate the expectant mom. “AGHHHHH STEPH!!!!!!!!! Congratulations MAMA AND POPPA TO BE!!! That is going to be one lucky human,” Beatriz’s In the Heights co-star, Leslie Grace, wrote, while Melissa Barrera also added, “Hermosa mom to be!! 😍😍😍😍 so excited for you two! ❤️.”

Stephanie Beatriz has given birth to her first child. On Sunday, August 23, 2021, the 40-year-old Brooklyn Nine-Nine actress Rosaline — pronounced Roz-uh-line, according to her Instagram post — gave birth to her baby girl Rosaline.

“BÉBÉ HAS ARRIVED in style (and more importantly SAFETY) in @nuna_usa’s Pipa car seat,” Beatriz wrote alongside a photo of herself with her baby in a car seat, her little feet poking out. “Her name is Rosaline: pronounced Roz-uh-line. I’m very very in awe of the entire experience of having kiddo. it is INCREDIBLE and HARD AF and BEAUTIFUL and EMOTIONAL, and I can’t remember ever being this amazed and feeling so overwhelmingly full of gratitude. Roz, you are so cool.” 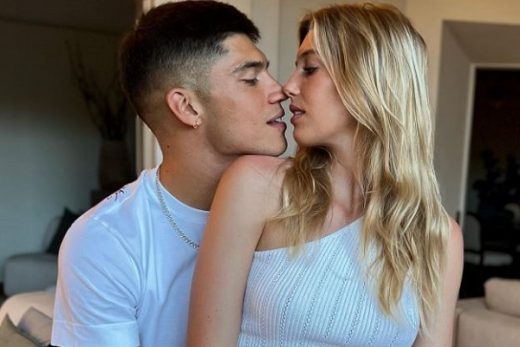 Where is Joaquin Correa wife from? net worth, family, injury 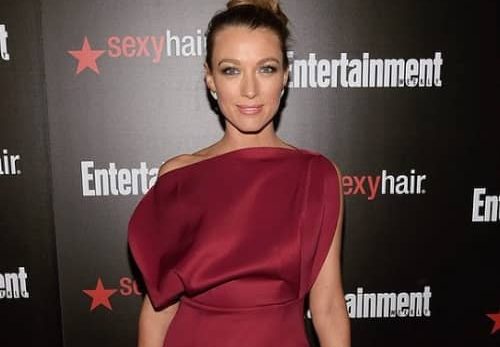 The American actress Natalie Zea net worth, earnings, and wife