Park Shin-hye (Korean: 박신혜; Hanja: 朴信惠) is a singer and actress from South Korea. She rose to prominence as the lead in the television dramas Stairway to Heaven (2003) and Tree of Heaven (2005). She is regarded as one of the most prolific actors of her generation. Park was placed 33rd on Forbes Korea’s Power Celebrities list in 2015, 12th in 2017, and 40th in 2021. Choi Tae-joon, Park Shin-hye’s future husband. After four years of dating, Park Shin-hye and Choi Tae-joon will finally tie the knot. Scroll down to know more about Park Shin-hye’s future husband Choi Tae-joon, biography, age, family, and many more:

This Article Contents hide
1 The Korean actress Park Shin-hye’s future husband is Choi Tae-joon? When did the couple meet?
2 Who is Choi Tae-Joon? Why did he leave his acting career to join the military?
3 Park Shin-hye biography; Age, Parents, Nationality, Ethnicity, Education, Height
4 Endorsements

The Korean actress Park Shin-hye’s future husband is Choi Tae-joon? When did the couple meet?

Park Shin-hye’s future husband is Choi Tae-Joon. Shin has been dating actor Choi Tae-Joon since late 2017, according to reports released on March 7, 2018. After four years of dating, Park Shin-hye and Choi Tae-Joon will finally tie the knot. They’ll even have a double wedding celebration because they’ll be parents at the same time. Park is pregnant and planning to marry Choi, according to reports dated november 23, 2021. On January 22, 2022, Park Shin Hye and Choi Tae-joon will marry in a private ceremony in Seoul.

Through her official fan cafe, the actress from Memories of the Alhambra also shared a poignant remark regarding the news.

Shin-hye also shared the news on her pregnancy, sharing, “And I’m careful to say that it’s still too early, but a precious life came in the process of preparing for the wedding. More than anyone else, I wanted to inform you. Even after forming a family, I will show you a good image.”

Who is Choi Tae-Joon? Why did he leave his acting career to join the military?

Choi Tae-joon (Korean: 최태준) is a singer and actor from South Korea. Tae Joon made his acting debut at the tender age of ten. He is most recognized for playing the protagonist in the dramatic Exit (2018). Choi began his military service on August 1, 2019, and owing to health difficulties, he served as a public service worker. On May 18, 2021, he was discharged from the military. He was born in Seoul, South Korea, on July 7, 1991. There is no information about his parents available. Chung-Ang University was where he finished his education.

Choi’s first starring role on network television was in the two-episode drama special Exit, which aired in 2018. After that, he was cast as the male lead in the romantic comedy drama So I Married an Anti-fan, based on the webtoon of the same name.

Park was born in Gwangju on February 18, 1990, and grew up in Seoul’s Songpa District. Her parents are Park Hyun-Jong and Jo Mi-sook. Park Shin-won, her older brother, is a musician and composer. Park had her first appearance in artist Lee Seung-music hwan’s video “Flower,” after which she received professional instruction in singing, dancing, and acting. She is of Korean descent and of white ethnicity. Her zodiac sign is Aquarius.

Park attended Chung-Ang University after graduating from Youngpa Girls’ High School. She studied there for eight years before graduating in February 2016 with a degree in theater. Park earned a service award during the university’s convocation ceremony for her work as an artist ambassador. Park is a beautiful lady and her height is about 1.68m. Her weight is around 149 lbs. With measurements of 29-23-33 inches, she has a slim and attractive body. Her bra size is 34A. She has beautiful black eyes and long brown hair.

Following the success of her hit drama Pinocchio (2014–2015), Park has become one of the most demanded endorsers. Park is said to have boosted sales for brands like Mamonde and Bruno Magli. Park also sponsors a number of overseas brands, including Bruno Magli, a luxury Italian brand, Millet, a French outdoor apparel brand, and Bench, a Filipino clothing brand. 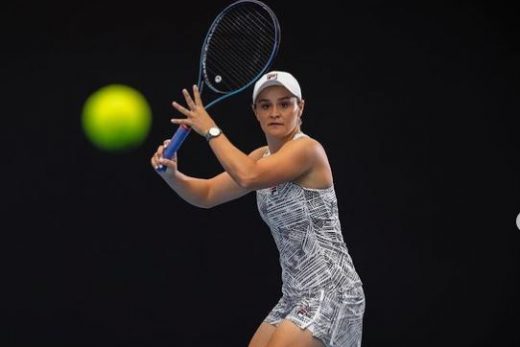