When a shooter opened fire at a July Fourth parade in Highland Park, Illinois on Monday, he tragically transformed Independence day into a tragedy, leaving the country in mourning over yet another mass shooting. Numerous people were injured and at least 6 people died. Robert E. Crimo III, a 22-year-old suspect, has been detained. Come learn everything about the tragic shooting in Highland Park. Names of the victims, suspects, and many more

When and where did the Mass shooting in Highland Park start?

The incident occurred at 10:14 a.m. during the city’s Fourth of July parade in downtown Highland Park. To the parents who had brought their thrilled children to a nice Fourth of July parade in their town, the HIGHLAND PARK, Ill sounded at first like fireworks. Maybe a military salute to the flag. But, as marching band members and politicians paraded down the street, terrified bystanders realized the noise coming from a nearby rooftop was a high-powered rifle shooting bullets into the throng, killing six people and injuring others.

Who are the victims?

Five adults died at the scene, while another died in the hospital. The age of the sixth victim was unknown. The dead have all been identified, including Nicolas Toledo, a grandpa visiting family in Highland Park. According to North Shore Congregation Israel, Jacki Sundheim, a teacher, was also killed.

Dr. Brigham Temple of Highland Park Hospital indicated that 25 of the 26 persons treated there were gunshot victims, and that 19 of them had been treated and discharged.

Temple stated that they ranged in age from 8 to 85 years old. He estimates that “four or five” of them are children. One youngster was sent to the University of Chicago Comer Children’s Hospital, and another to Evanston Hospital.

Who is the 22-year-old gunman Robert E Crimo III? Is he in custody?

A suspect has been arrested in the United States after six people were killed in a mass shooting at an Independence Day parade in Highland Park, Illinois. Robert E Crimo III, 22, was identified as the suspect. The gunman climbed a roof and fired randomly at spectators with a high-powered rifle.

The 22-year-old man is the son of Bob Crimo, the president of Bob’s Pantry & Deli in the same Highland Park neighborhood. According to a Facebook post, Crimo III’s father ran for president in 2020. After the shooting he insisted police to he need to leave:

“I need to leave now, I need to just do it. It is my destiny, everything has led up to this,” the shooter adds. “Nothing can stop me, not even myself. Is there such thing as free will, or has this been planned out, like a cosmic recipe?”

Earlier in the inquiry, Highland Park police identified the gunman as a white man between the ages of 18 and 20, with a slight physique and “longer” black hair. According to Highland Park Police Cmdr. Chris O’Neill, he is wearing a white or blue T-shirt.

What is the motive of the mass shooting in Highland Park?

A gunman opened fire from a rooftop during the community’s July Fourth parade on Monday, killing at least six people and injuring 38 more. Robert “Bobby” E. Crimo III was arrested Monday evening. The motive for the fatal shooting has not been addressed or confirmed by police.

President Biden and Illinois Gov. J. B. Pritzker  also responded to the shooting in a statement:

President Joe Biden, who less than 10 days ago signed a bipartisan gun safety bill, issued a statement hours after the attack.

Jill and I are shocked by the senseless gun violence that has yet again brought grief to an American community on this Independence Day.  As always, we are grateful for the first responders and law enforcement on the scene. I have spoken to Governor Pritzker and Mayor Rotering, and have offered the full support of the Federal government to their communities. I also surged Federal law enforcement to assist in the urgent search for the shooter, who remains at large at this time.  Members of the community should follow guidance from leadership on the ground, and I will monitor closely as we learn more about those whose lives have been lost and pray for those who are in the hospital with grievous injuries.

I recently signed the first major bipartisan gun reform legislation in almost thirty years into law, which includes actions that will save lives. But there is much more work to do, and I’m not going to give up fighting the epidemic of gun violence.

Illinois Gov. J. B. Pritzker asked for prayer in the aftermath of “the evil unleashed this morning,” but stressed that prayers alone will not solve the country’s gun violence problem. 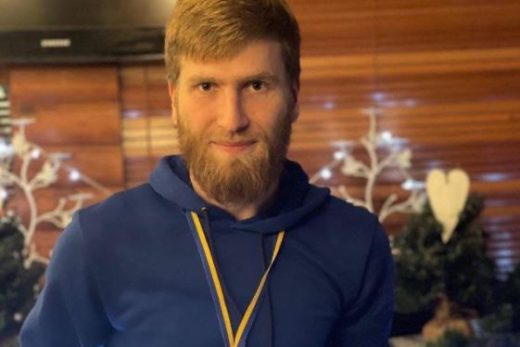 How much is Qatar goalkeeper Saad Al Sheeb net worth? Salary, Earnings, Wife