Who is Malcolm Turnbull wife Lucy Turnbull net worth? Parents - Skip to content

Lucy Turnbull is Malcolm Turnbull wife. She is an Australian philanthropist, former local government politician, and businesswoman. Lucy was a member of the Sydney City Council from 1999 to 2004, and was the first woman to serve as Lord Mayor of Sydney from 2003 to 2004. She has since served on a number of urban planning agencies, including the Greater Sydney Commission as chief commissioner from 2015 to 2020. From 2015 to 2018, her husband, Malcolm Turnbull, served as Prime Minister of Australia.

Lucy Turnbull has resigned as chairperson of the Greater Sydney Commission. In 2015, Mrs Turnbull was name as the commission’s first Chief Commissioner, and she was reappointed in September 2018. She resigned on Tuesday, citing “personal reasons.” Gladys Berejiklian, the Premier of New South Wales, issued a statement praising Mrs Turnbull “leadership and vision.”

When did the couple first meet? Are children between the family?

The pair met when Lucy was 19 and Turnbull 23. Their first date was dinner with former Premier of NSW Bob Carr and his wife Helena. While Turnbull was at the University of Oxford, the pair married on March 22, 1980, in Cumnor, Oxfordshire, by a Church of England priest. They live in Sydney’s eastern suburbs.

Turnbull and Lucy have two adult children, Alex and Daisy, and three grandkids as of July 2016. Alex Turnbull is married to Yvonne Wang, a Chinese-American woman.

The Turnbull family has a habit of using Bligh as a male middle name. It’s also the middle name of Turnbull son. Turnbull forefather was colonist John Turnbull, who called his youngest son William Bligh Turnbull after deposed Governor William Bligh during the Rum Rebellion.

How much is the net worth of Malcolm Turnbull? And his wife too

Malcolm Turnbull is regard as one of Australia’s wealthiest members of parliament. Malcolm Turnbull net worth is expect to be $200 million in 2022. He amassed all of his riches while working as a professional and entrepreneur. His entire political salary was donate to charity.

Mr. Turnbull launched OzEmail in 1992 and witnessed rapid growth during the dotcom bubble, eventually selling the company to iiNet for $104 million. He also owns and invests in real estate, including his Point Piper beachfront property. While the property’s valuation is unknown, a nearby luxury home known as Altona recently sold for $52 million dollars, and Mr. Turnbull home could be worth significantly more.

Salary and net worth are two such metrics that change over time. Lucy Mary Turnbull has a net worth of $133 million Australian dollars. This is a product of her work life.

Malcolm Turnbull, the only child of Bruce Bligh Turnbull and Coral Magnolia Lansbury, was born on October 24, 1954, in Sydney. His father worked as a hotel broker, while his mother worked as a radio actor, writer, and professor, as well as being a second cousin of British actress Angela Lansbury. May Lansbury, his maternal grandmother, was born in England, while his other grandparents were born in Australia. He, too, is of Scottish ancestry.

Mr. Turnbull graduated from the University of Sydney with degrees in arts and law in 1975 and 1978, respectively. He studied law at Oxford University on a Rhodes scholarship, graduating in 1980 with a Bachelor of Civil Law, a graduate program. Sugar Bun is a nickname given to him by his friends and family. He was born in Australia and is an Australian citizen. Sydney is his hometown. He is a devout follower of Roman Catholicism.

For fans, the physical condition of celebrities is one of the most significant factors. Fans pay attention to an idol’s physical condition, height, weight, and even hairstyle. It is a source of concern for us.

Malcolm Turnbull height is 188 cm in centimetres, 1.88 m in meters, and 6′ 2′′ in feet. The approximate weight is 46 kg in kilograms and 101 lbs in pounds. We use the current figure because the weight fluctuates. His eyes are a light brown tone. White is the hair color.

Mr. Turnbull has served as the general counsel of the Australian Consolidated Press Holdings Group, the managing director of Goldman Sachs, Australia, and afterwards a partner of Goldman Sachs & Co. in his professional life. In partnership with Neville Wran, the former Labor Premier of New South Wales, and Nicholas Whitlam, the former Chief Executive of the State Bank of New South Wales and son of former Labor Prime Minister Gough Whitlam, he has even established his own investment banking firm, Whitlam Turnbull & Co Ltd.

Mr. Turnbull was well-known during his time as a practicing barrister for defending Peter Wright, a former MI5 official who wrote the book Spycatcher. Mr Turnbull was successful in preventing the book’s publication in Australia from being halt by the British government. Turnbull became well-known in Australia and the United Kingdom as a result of the lawsuit. Mr. Turnbull led the Liberal Party twice, first as Leader of the Opposition from 2008 to 2009 and again as Prime Minister from 2015 to 2018.

2. Malcolm Turnbull is the Prime Minister of Australia (1993). The Reluctant Republic is a fictional republic that exists in the United States. ISBN 978-0-85561-372-3 from William Heinemann Australia. The English actress Chloe Sims net worth, husband, and wiki 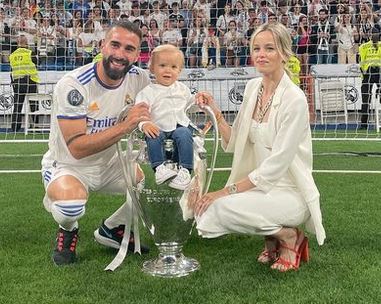 When did Dani Carvajal marry his wife? Kid, wedding