How rich is Mexican star Hector Herrera? net worth, wife Skip to content

The wait is finally over! FIFA 2022, the much-anticipated tournament, has begun. The event took place in Qatar from November 20 to December 18, 2022. This is the first time the World Cup has been held in the Arab world. Hector Herrera, a midfielder for the Houston Dynamo and the Mexican national team, is playing in FIFA 2022.  Tuesday’s match, Mexico Vs. Poland, Mexico goalkeeper Guillermo Ochoa made an incredible save against Poland in Tuesday’s game, which ended in a scoreless draw. We’re sure you’re eager to learn more about his personal life, right? So, today, we’ll bring you all of the information regarding Hector Herrerai net worth, salary, contract, career, wife, and so on:

This Article Contents hide
1 What is Hector Herrera net worth? Salary & current Contract
2 Where is Hector Herrera wife, Shantal Mayo, from? Age, Parents, Ethnicity, Instagram
3 When did Herrera and Mayo marry? Child??

What is Hector Herrera net worth? Salary & current Contract

Hector Herrera net worth: He has had an outstanding career for over ten years. As a football player, Herrera’s talent and hard work have garnered him a lot of money and fame. Hector Herrera net worth is more than $15 Million. The handsome footballer has also accumulated a sizable wealth, including game prize money, endorsements, and partnerships. His current market value is €2.80m. His last transfer was from Club Atlético Madrid to Houston on Jul 7, 2022.

He currently plays for the Major League Soccer club Houston Dynamo and the Mexico national team. Héctor Herrera signed a three-year contract with the Houston Dynamo on July 7, 2022. His contract will expire on December 31, 2024. Héctor Herrera’s gross salary for the 2022 season is $4,750,000, or $91,346 per week. Herrera had a contract with Atletico Madrid before joining Houston. On July 3, 2019, he signed a three-year contract and was officially presented with the number 16 shirt at Wanda Metropolitano. Herrera earned £52,000 per week and £2,704,000 per year as an MC for Atlético Madrid.

Herrera began his career with Pachuca in 2010 and stayed for three years before joining FC Porto. He struggled for playing time in his first season in Portugal before gradually establishing himself in the starting eleven. Herrera has served as club captain since the 2015-16 season. The Mexican star made 245 appearances for Porto in all competitions during his six-year stay, winning a Primeira Liga title and two Supertaça cups.

Hector, a full international since 2012, won the Olympic gold medal in that year’s football tournament and was a member of Mexico’s winning team at the 2015 CONCACAF Gold Cup. He has represented his country in the 2014 and 2018 FIFA World Cups, the 2013 and 2017 FIFA Confederations Cup, and the Copa América Centenario.

Aside from his great professional career, he has a blessed personal life. He is a happily married man and father of two kids. Hector Herrera wife, Shantal Mayo, is a Mexicana beauty and an entrepreneur. She is the founder of Stay on Social, a boutique talent management agency that aims to advance the careers of “A-list talent.” She also collaborates with several well-known brands, including McDonald’s, Adidas, Netflix, and others. Meta, TikTok, and YouTube are also partners for the agency.

Shantal was born on November 15, 1990, in Pachuca, Mexico, and is currently a 32 years old beautiful lady. Shantal has two sisters, Evelyn Ledesma and Mariana Ledesma. Mayo has often seen cheering on her man with all her might several times during the football game. Her Instagram handle is shanmayo and she has 116K followers with 425 posts.

When did Herrera and Mayo marry? Child??

Herrera met his wife in 2008 while playing for Pachuca. After some time, they realized they were deeply in love. Their friendship has grown stronger over time. After a year of dating, the couple married on November 9, 2009, in a private wedding ceremony attended by some of their closest friends and family members. Recently he posted a photo with his wife wising her their 13th marriage anniversary with the caption:

From your hand 👫 whatever years they are! Happy Anniversary my love! I love you so much ♾❤️ 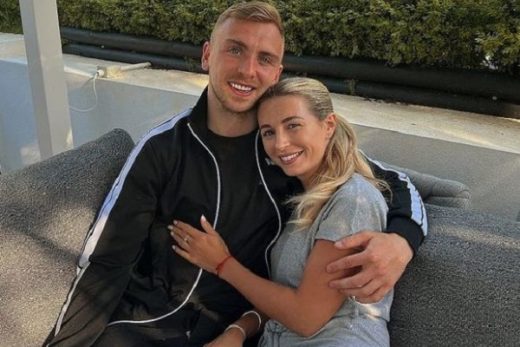 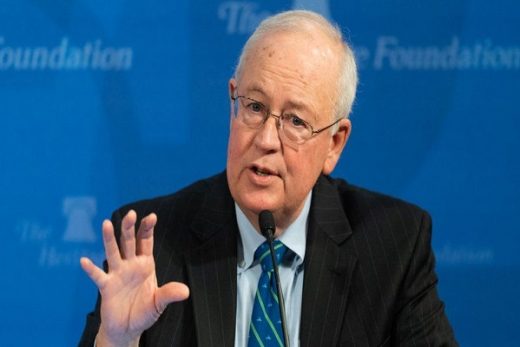 The Clinton Whitewater Investigation Ken Starr net worth: Get to know more about his wife, cause of death