Mandel Bruce Patinkin is a well-known American actor and singer who has been on both stage and television. Patinkin is most recognized for his roles as Inigo Montoya in Rob Reiner’s 1987 film The Princess Bride, Saul Berenson in Showtime’s Homeland, and SSA Jason Gideon on the CBS crime thriller Criminal Minds. He has starred in a number of television series, including Chicago Hope and Dead Like Me. How much is the American actor and singer net worth? He is happily married to his wife Kathryn Grody. Scroll down to know more about The Princess Bride star Mandy Patinkin net worth, earnings, wife, parents, and many more:

This Article Contents hide
1 Mandy Patinkin net worth, earnings, income and all the ways he makes his fortune
2 When did he start her career as an actor?
3 Mandy Patinkin biography: age, parents, childhood, nationality, education
4 Who is Mandy Patinkin wife Kathryn Grody? When did the couple get married?
5 Quick facts about Mandy Patinkin

Mandy Patinkin net worth, earnings, income and all the ways he makes his fortune

Patinkin is most recognized for his roles as Inigo Montoya in Rob Reiner’s 1987 film The Princess Bride, Saul Berenson in Showtime’s Homeland, and SSA Jason Gideon on the CBS crime thriller Criminal Minds. Milo Forman’s Ragtime (1981), Barbra Streisand’s Yentl (1983), Alien Nation (1988), Warren Beatty’s Dick Tracy (1990), and The Adventures of Elmo in Grouchland are among his other cinematic credits (1999).  He has starred in a number of television shows, including Chicago Hope and Dead Like Me.

When did he start her career as an actor?

Patinkin began his career on the New York stage in 1975, starring as Arthur Gower in Trelawny of the ‘Wells’ after various commercial and radio appearances (notably on CBS Radio Mystery Theater in 1974). Mandy co-starred in the film with Meryl Streep as Imogen Parrott and John Lithgow as Ferdinand Gadd. Patinkin starred alongside Sam Waterston as Fortinbras, Prince of Norway and Player King in a Broadway version of Hamlet from 1975 to 1976. Patinkin’s first Broadway breakthrough came in 1979, when he played Che in Andrew Lloyd Webber’s Evita, a musical starring Patti LuPone. Patinkin’s portrayal in Evita earned him a Tony Award for Best Performance by a Featured Actor in a Musical in 1980.

Patinkin starred as Inigo Montoya in Rob Reiner’s The Princess Bride in 1987, portraying the best swordsman in the country seeking vengeance for his father’s death. He continued to feature in films over the next decade, including Dick Tracy and Alien Nation. Patinkin made his Broadway debut in 1991 in the musical The Secret Garden, for which he was nominated for a Drama Desk Award for Outstanding Actor in a Musical. He co-starred in the Showtime series Homeland alongside Claire Danes, which premiered in 2011.

Patinkin was cast as Pierre in the Broadway musical Natasha, Pierre & The Great Comet of 1812, which premiered on August 15, 2017. Patinkin was supposed to play former Hamilton star Okieriete Onaodowan in a limited run through September 3, but he dropped out before the show even started. Patinkin’s album Diary: January 27, 2018 was released in 2018, and it was produced by pianist Thomas Bartlett.

He was born in Chicago, Illinois, on November 30, 1952. He is currently a 68-year-old attractive man. Mandy was born to Doris Lee “Doralee” (née Sinton), a homemaker, and Lester Don Patinkin, who owned the People’s Iron & Metal Company and the Scrap Corporation of America, two huge Chicago-area metal mills. Grandma Doralee Patinkin’s Jewish Family Cookbook was written by his mother. Patinkin was raised in Conservative Judaism, attending religious school daily “from the age of seven to thirteen or fourteen” and singing in synagogue choruses, as well as visiting Camp Sura in Michigan, in an upper-middle-class family descending from Jewish immigrants (from Russia and Poland).  His father died of pancreatic cancer in 1972. Sagittarius is his zodiac sign.

After that, he attended South Shore High School and Harvard St. George School, among others. He graduated with a high school diploma in 1970. Mandy went on to the University of Kansas and the Juilliard School after that. He began his career path shortly after graduating. In 1974, he began with a television commercial and radio performances.

Who is Mandy Patinkin wife Kathryn Grody? When did the couple get married?

Patinkin has been married to Kathryn Grody for a long time. Grody is also a well-known actress and writer, best known for her autobiographical drama A Mother’s Life. The pair tied the knot and exchanged wedding vows on June 15, 1980. They have a wonderful life together. The couple has persevered through every storm and difficulty that life has thrown their way, and their love has remained strong and loving. Isaac and Gideon are their two sons. In 2011, Gideon joined his father onstage for Dress Casual.

Patinkin and his wife Grody teamed up with Swing Left in 2020 to encourage people to vote for Joe Biden in the presidential race in the United States. With the help of their boys, the couple developed videos that became viral on the internet. Patinkin also endorsed Biden in a commercial for the Jewish Democratic Council of America, urging Jews to vote for him. Patinkin’s Princess Bride character was channeled in the ad to encourage people to vote. Patinkin is a model train enthusiast.

How much is guitarist Carlos Santana net worth? wife, kids, health issues 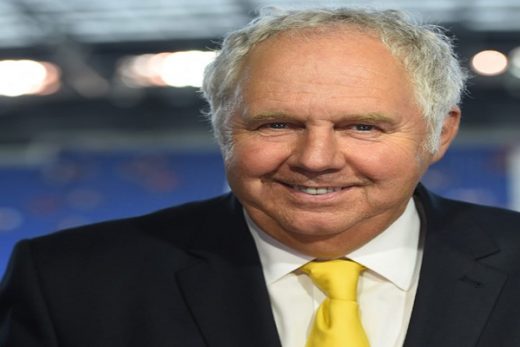 What is Ian Darke net worth? wife, children, parents, siblings